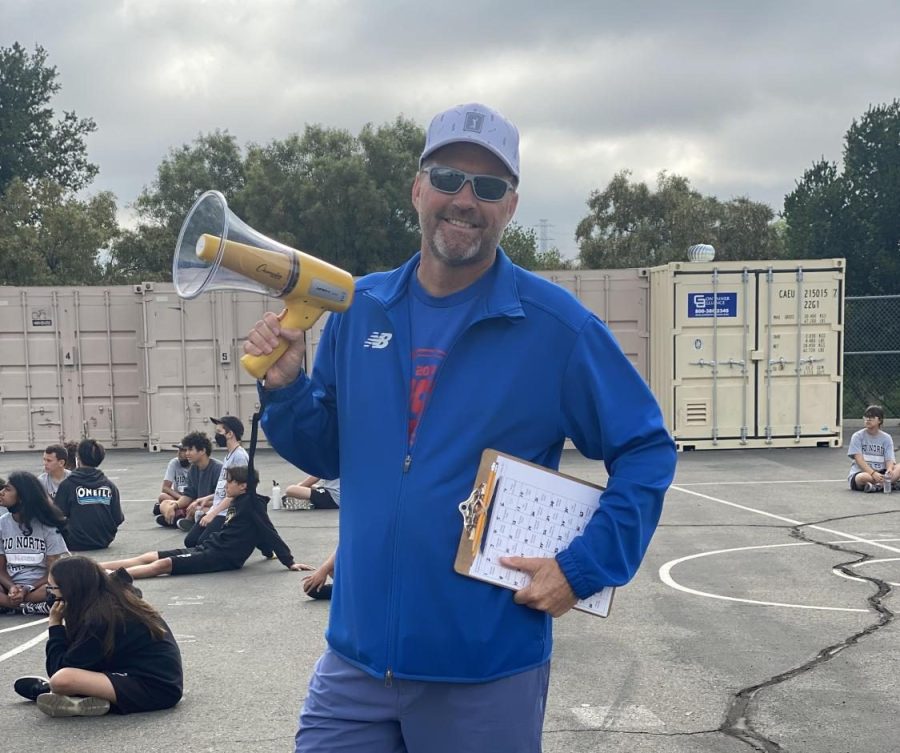 Mr. Burleson is a 7th and 8th grade PE teacher here at Rio Norte. Mr. Burleson has been teaching Physical Education since 1997. He has taught from elementary to high school during his 25 years of teaching. Many of his students enjoy his class because of his outgoing and funny personality.

Mr. Burleson actually did not want to be a PE teacher at first. During his early college years, he had a change of heart. Instead of being a fireman, he decided to lean towards sports and physical activities. He realized that he loved kids and sports, and wanted to push kids to do their best. He soon decided to pursue his dreams of becoming a PE teacher. Once he officially became a PE teacher, he decided to start with elementary school. After teaching at a few schools, he realized that he wanted to teach somewhere that was close to home, so he filled in an application to teach here at Rio Norte. It was a win-win. Mr. Burleson could teach close to home where his kids are while working with fun and energetic students.

Mr. Burleson says, “Being a PE teacher is my dream job, I love Rio Norte, I love the staff, parents, and students.” Mr. Burleson is not the only person that feels this way. Most of his students love having him as their teacher. His students describe him as a chill, laidback, down-to-earth, funny, and humorous teacher. “I love Mr. Burleson because he is funny and lets us play dodgeball a lot,” says an anonymous 8th grader.

Many students know about Mr. Burleson’s life at school, but not much about his personal life. His favorite unit to teach during PE is ping-pong. He also loves to play Disc Golf. His hobbies are walking his dogs: Coco and Marshmellow, playing the guitar and eating out at fancy restaurants. He used to coach softball, basketball, and soccer as well. Mr. Burleson is an awesome teacher who wants to support students to do their best.